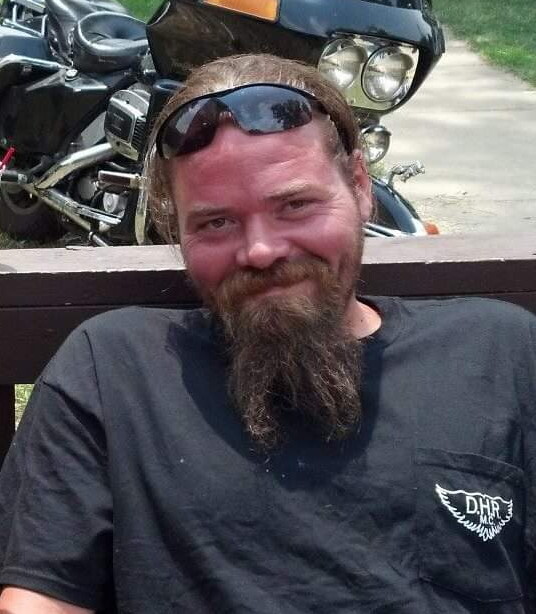 Fact: We ALL Make Mistakes.

The last time I saw Keith T. “Muskrat” Bargdill was in the winter months. We were outside, it was dark, bitterly cold, and he helped me jump start my car. A jump I needed from a mistake I made, I left my lights on. Once my car started, ran for a few minutes Keith waited to make sure it continued to run.

We were getting ready to part ways when I went to thank him and shake his hand. As I extended my cold hand to grab his, he pulled me in tight for a big burly brotherly hug. As we hugged I said “Thank you cuz,” which he replied something like ”you are welcome, I am glad I could help.”

During the few moments we spent jumping my car in a parking lot we caught up with each other, it had been sometime since I saw Keith. As kids we spent time together on the Eastside of Delaware. Time spent riding dirt bikes on Flax Street in a make shift BMX dirt track (he was a State BMX Champion after all) between his house and Bargdill’s Garage (A garage founded by our Great Grandfather).  Time spent in a tree house built in an alley behind one of our friends house. Time spent being kids.

During the jump we spent time talking about family, I shared stories of the perils of raising an 11 and 2 year old, he on the other hand… Well, Keith had become a grandpa. Wow, was he beaming with pride about holding his granddaughter for the first time, how tiny she was,  his hope for her. We talked about kids, family, old times…. and motorcycles.

Yes, Keith recently started riding the big bikes… and HE LOVED IT! Coco Kneisly shared a private conversation posted on Keith’s Facebook page that talked about two things, hunting and riding. Keith told Coco “I’m in a tree right now so wait to call!” Followed by “although lately i been ridin alot i cant believe i waited so long to get harley    i loooove it” (that is how it is spelled and punctuated).

This afternoon I spent a few hours with Keith’s older brother Brian “Baldy” Bargdill at Kintz Bar & Grill. We lamented how it is unfortunate that death brings family together. At a table Brian (and some other friends) began to share stories of Keith (some unfit for print). During this time we laughed,  remembered family and friends long gone, and  talked about Keith. Brian fondly spoke of Keith’s BMX trophies, him being a grandpa, becoming a biker, and a run in with the law on a 3 wheeler as a kid. A run in as Brian tells it that went down U.S. 23 with multiple agencies chasing after him. After being pulled over, Brian said the cops asked Keith why he did not pull over, to which Keith replied  “I didn’t pull over because I did not have mirror’s and did not see you.”  A great story for those who were there chuckled and laughed at.

Brian not only spoke how Keith was no longer the young kid who had run in’s with the law, but how he has changed his life around for the better today. Stories of him being with his granddaughter, riding motorcycles for charity poker runs to help kids with cancer and the Humane Society, and how he would help anyone out in the world.

Today a story was penned by a local news paper reporter including facts that we know. Some facts that could or could not have any bearing on his death. Facts that included Keith’s run in’s with the law in his late teens and early 20’s, he was 42 at the time of his death,  he was riding a motorcycle on Horseshoe Road, he did not make a turn, he died, and the police THINK alcohol may have been involved but can not say conclusively (at this time toxicology reports are not in as I am aware). Statements that are true, but missed a great point about Keith’s life in the last few years.

Yes, none of us (or our families) want our past dredged up, especially in death. The Lord knows there are some things today I would hate to be made public too.  With that, we have said our piece. Enough comments have been made, emails sent, and those who published the piece know Keith’s family and friends are upset. As the owner of a website that reports news, I promise they have heard you.

The fact is we ALL make mistakes. From those mistakes we all learn. Who knows, maybe the article can be amended and the great facts we know can be added. Maybe the writer will have learned something from life to be used for better writing in the future. I know I have learned something on how I am going to report regarding police speculation.

As family and friends who  mourn Keith “Muskrat” Bargdill we feel enough hurt and pain in his passing. From here on out let’s celebrate his life and talk about facts that allow us to remember Keith. Share in what Keith meant to you and how he impacted you in the comments. Give the reporter and paper a chance to take it in, reach out, and if they choose, share that information. If not, let’s not waste time with it.

One of the biggest facts I am going to focus on is who Keith became, the life he lived, and share my favorite memories of my cousin who left this world too soon with anyone who will listen.

As someone said earlier, “Muskrat went out doing what he loved.” Fact, Keith LOVED to ride and it changed him for the better. The fact is we who knew Keith know his facts. Trust me, 20 years from now those are the facts that will matter and no one can take them away.

Thank you Keith for the jump and the hug. The fact is I have wonderful memories of the cousin I lost way too early.  That is a fact that saddens me the most!