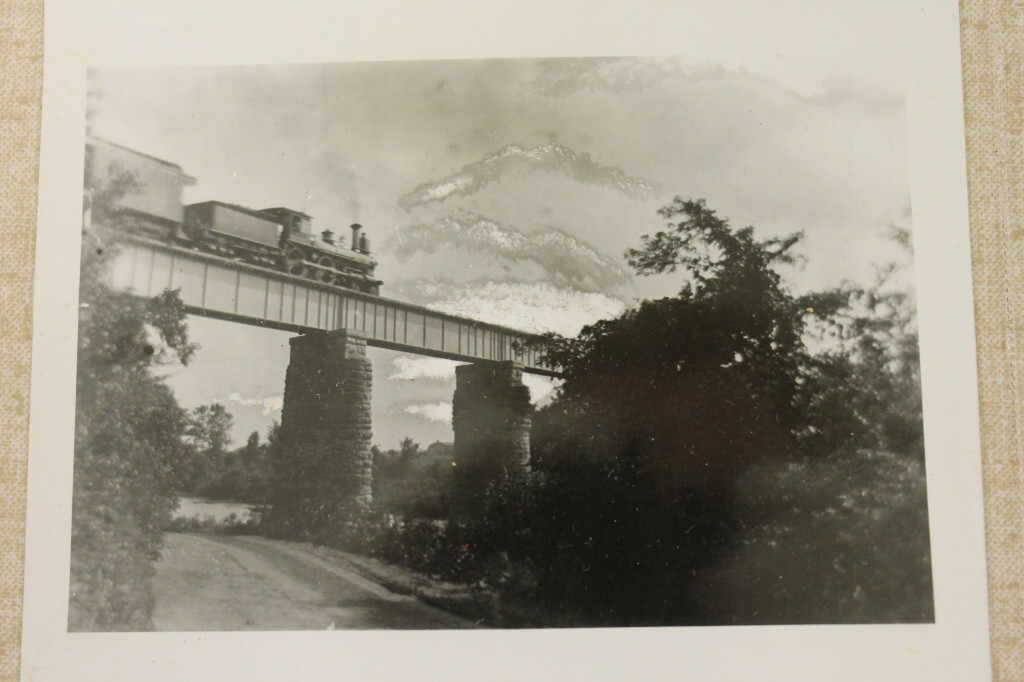 I had heard of the train in the quarry when I was a child, most likely shortly after I moved to Delaware, Ohio as a child; but as with all tales of the sort, I can’t exactly pinpoint where I had heard it.  It’s a simple tale, lacking the details it needs the most.  There was a train, and it crashed into the quarry.   Questions reach a lot of unknowns, and to be safe, we often use ‘it’s said that-’ rather than claim we believe it.

In this case, it may be best that we claim that we don’t believe it.  Spending a day at the Delaware Historical Society, and enlisting the help of a couple people to help me gather newspapers, information, and looking at everything they had to do with trains, I ended up with several photos of trains to put into a collection.  Some like the one above, train crashes, a ghastly photo of a car that had been hit with a train (Not for the faint of heart if curiosity takes you to these files), but no trace of even the fact that any tracks for passenger trains led to the quarry at all.

Despite over the years, the items that I’d been shown that had been found in the quarry from the passengers that had died, the whisper of a ghost train, there is no documented train crash anywhere near the quarry.  However, I feel the time frame plays a lot into this folklore.  It is said that the train wreck happened before the fifties, and I’ve heard some ranging stories.

Brent Carson, President of the Delaware Historical Society and local legend in himself, theorized that it could have been a mistake, people not truly understanding what they were seeing.  According to Mr. Carson, in the early 1900s, the quarry, already filled with water, was used as a public swimming pool.  There is a chance, he said, that the carts used to move the rocks and the tracks were never cleaned out, and the imaginations of the children that swam there ran wild.  After all, a rusting out group of carts on a track laying at the bottom of where you swim?  Surely there was some story there!

There is a large chance that train crashes were on their mind, as they seemed to litter the news.  Most of the time outside Delaware, but as of December 1934, train crashes were big in the mindset of the community.  On December 24th, 1934, the Delaware Gazette was bursting with news on the front page.  “Engineer Blamed for Train Wreck” it trumpets, large images of trains piled on top of each other, and three men underneath.  Christmas Eve morning, this awaited everyone who picked up the paper, amid pre-wartime murmurings of what may be coming, and the future that lay ahead of them.

If anything was going to leave a lasting impression on the community, it was likely to be this.

It would be no surprise if this left a lasting mark in the minds of many that year, and a train wreck was always remembered- though where was never sure.

Perhaps it’s a combination, perhaps both our theories are wrong.  One this is for sure, however, and that is that there are no documented train wrecks in the quarry at Blue Limestone.  If it is truly haunted, it is unlikely to be any passenger of a train.