The Strand Theatre in Delaware, Ohio continues to showcase cult classic films, and it doesn’t get any more classic for the cult then with the screening of “Monty Python and the Holy Grail” (1975) on Tuesday, January 24th at 7pm in the main theater.

The film, directed by Terry Gilliam and Terry Jones and written by Graham Chapman, John Cleese, Eric Idle, Terry Gilliam, Terry Jones, and Michael Palin, is a comedic masterpiece that follows King Arthur and his Knights of the Round Table on a surreal and low-budget search for the Holy Grail.

It is hard to find someone who doesn’t love “Monty Python and the Holy Grail.” The film’s absurd humor, silly obstacles, and memorable scenes have cemented its place in comedic history. One of the most iconic scenes of the film is the Black Knight’s encounter with King Arthur, where the Black Knight, despite losing both arms in a duel, insists that he is still in the fight, claiming “It’s just a flesh wound.” This scene, and the Black Knight’s persistence, still make audiences laugh to this day, and it’s a favorite among fans of the film. I still quote the Black Knight at 48 when I get hurt.

With a 98% rating on the Tomatometer and an audience score of 95%, “Monty Python and the Holy Grail” is a must-see film for fans of classic comedy. The film is rated PG and has a runtime of 1 hour 31 minutes.

The Strand Theatre offers the perfect opportunity to experience “Monty Python and the Holy Grail” to be seen as it should, on the big screen, and fans of the film should not miss out on this chance. To purchase tickets, visit thestrandtheatre.net or https://51522.formovietickets.com:2235/. 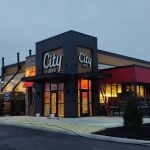 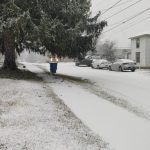