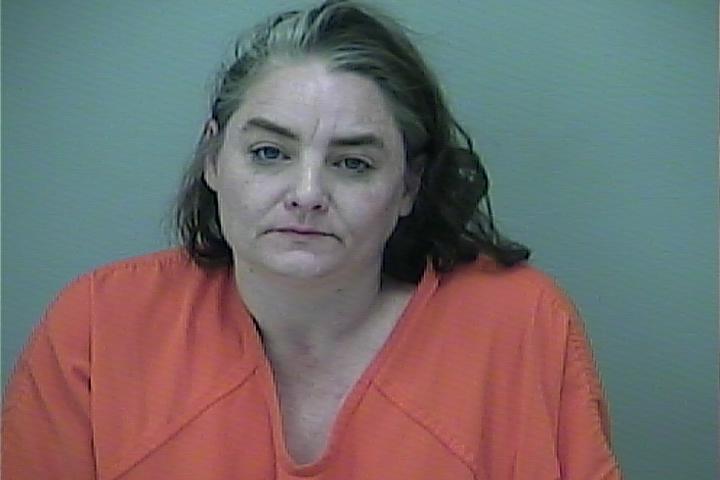 DELAWARE, Ohio — An Alabama woman is behind bars in Delaware, accused of setting off the fire sprinklers in the county jail.

According to court records, Anitra S. Gaughf, of Wilsonville, Alabama was arrested Sunday, accused of driving under the influence.

While in jail, Gaughf is accused of using a concealed lighter to set off the facility’s sprinkler system. According to an incident report, there was a large amount of water in the booking area of the jail, as well as the cell where Gaughf was being held.

A review of security video showed Gaughf stand on a concrete bench with her hands over her head, messing with the sprinkler area, the report said. After water started pouring from the ceiling, Gaughf was observed moving to a corner of the cell, where she placed a lighter in her bra area.

The lighter and a burnt sprinkler head were taken into evidence. The criminal complaint filed against Gaughf estimates the damage around $3,000.

Now, in addition to the original OVI charge, Gaughf is charged with vandalism, a fifth-degree felony. Prosecutors recommended a $5,000 bond for Gaughf on the vandalism case, but Delaware County Magistrate Jamie LaPlante gave her a recognizance bond of $500. She will be required to wear a GPS ankle monitor and stay away from drugs and alcohol. A $2,500 bond was separately set in the OVI case.