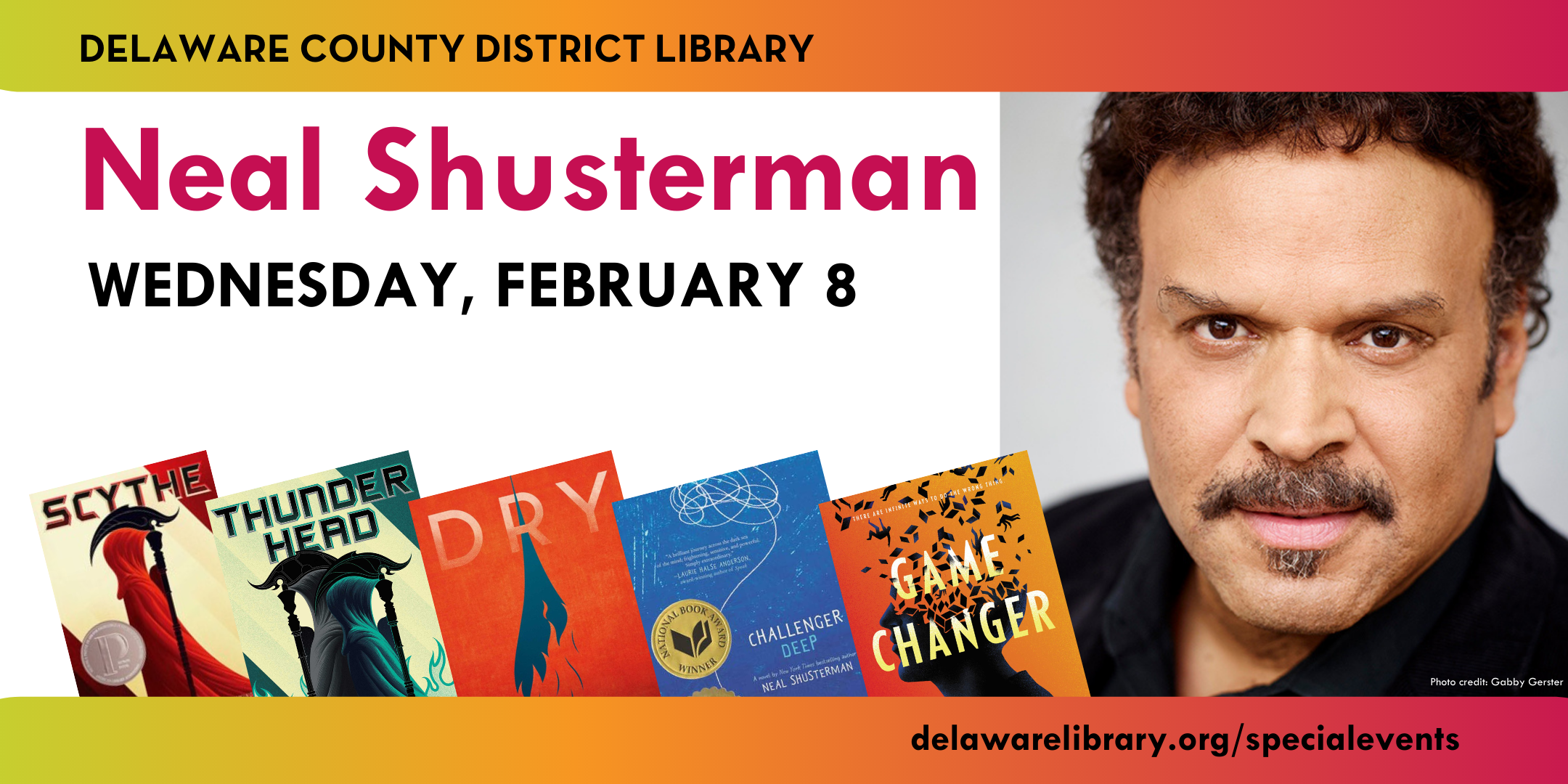 Award-winning novelist, screenwriter, and television writer Neal Shusterman will discuss his popular “Arc of a Scythe” series as well as his personal story in a highly-engaging keynote presentation.

A storyteller and dynamic speaker, Neal Shusterman will discuss writing at the beginning and the positive influence of school and teachers on his life. Join us at the Olentangy Liberty Middle School for this free, after-hours event for the entire community.

Neal Shusterman is a New York Times best-selling author of over thirty novels for children, teens, and adults. He has won numerous awards, including the 2015 National Book Award for Young People’s Literature for “Challenger Deep” and a 2017 Michael L. Printz Honor for “Scythe,” which is also in development as a feature film. His novel “Unwind” is widely taught in schools and has won over thirty awards. Shusterman is also involved in the television and film adaptation of his works, including “Game Changer” for Netflix and “Dry” for Paramount Pictures. He has received recognition from organizations such as the International Reading Association and the American Library Association and has a reputation as a dynamic speaker, frequently appearing at schools and conferences. He holds degrees in psychology and drama and is based in Jacksonville, Florida but travels extensively for speaking engagements and book signings.