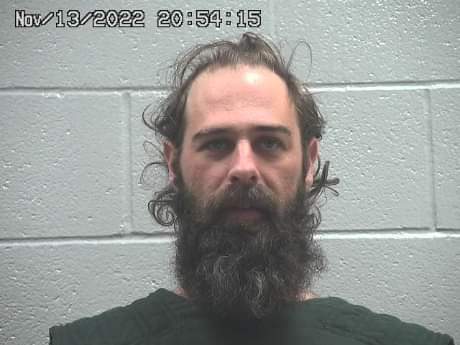 COLUMBUS, Ohio — The Ohio State Highway Patrol is seeking the public’s assistance in locating Jacob D. Davidson, who escaped from Twin Valley Behavioral Health Hospital in Columbus on December 29th. According to a press release from the Crawford County Sheriff’s Office, Davidson is wanted for escape and is considered armed and dangerous.

Davidson, a 38-year-old white male, was taken into custody on November 10th by the Crawford County and Morrow County Sheriff’s Offices following a shooting incident in which one person was injured. He was subsequently indicted on charges of Felonious Assault, Discharging a Firearm on/or near a Prohibited Premises, Disrupting Public Services, and Improperly Handling Firearms in a Motor Vehicle. He was ordered to be held on a $2 million bond.

On December 20th, Davidson was transferred from the Crawford County Jail to Twin Valley Behavioral Health Hospital. The Ohio State Highway Patrol is leading the investigation into the escape and multiple law enforcement agencies are assisting in the search. A warrant for Davidson’s arrest is expected to be issued out of Franklin County.

Davidson is described as 5’11” tall, weighing 160 lbs. with blue eyes and brown, unkempt hair with a full beard. If you have any information on his whereabouts, please contact the Ohio State Highway Patrol at 614-466-2660